Why Food is Confusing

One another article, I mentioned how I used to think food didn't matter. I saw so many healthy, fit people with the body style I wanted eating junk food while several others in my life who were overweight and unhealthy were eating rabbit food.

It took years, and several good examples, before I believed nutrition mattered. But as I tried to change my diet, I failed.

I even gained weight as I crashed.

I basically gave up.

Then I had my third  child. To say she had a sensitive stomach is an understatement. She only slept if I held her or vacuums. While my floors were spotless, my back was killing me and I'm not the only one who needed a full nights rest.  I took her to multiple doctors reassuring me it was normal.

My sister told me the diet she did for her son and I started researching diets. I learned about candida overgrowth, and went on a phase one diet while taking food-based antifungals.  Two days later we had a curious, happy, peaceful baby.

So how can we figure out who's right?

First, we have to understand what we see before we can catch on to what is going on.
See, when I was a girl, the people I personally knew who ate the healthiest were very over weight with low energy
And the ones who ate junk food were energetic and thin. It took years and running into multiple good examples of how to eat before I believed that food mattered. I'll share more of that story later because I want this next exercise to make a difference in what you see and how you see it.

Imagine if we all had debit cards with funds we had inherited but we couldn't see the account balances. Imagine sometimes we'd spend and it'd be fine and other times you'd receive a bill in the mail.

For those who inherited huge amounts of money, they'd be able to spend and spend and never worry about the price tag. For them, money wouldn't matter.

For those who inherited debt, they could save and save, working their hind ends off only to never be able to make a purchase without receiving a large bill in the mail. Money wouldn't make sense.

The rest would be somewhere in between. Because they had some money, they would spend, but they would become aware of when they ran out of money. So they would work and deposit that money, and be able to spend again. For them, money would make sense.


All of us inherited amounts of nutrition, toxins, or somewhere in-between. Some of us don't have much nutrition, but not a lot of toxins either. So they can catch on to which foods are good or bad pretty quickly.  The rest of us, well, food can be very confusing.

Here is your first Exercise from Coach Tori:  Open Your Eyes to Understand What You See

Think of all the people you know and write them down in the following columns:

Want Tori to Coach You Too? 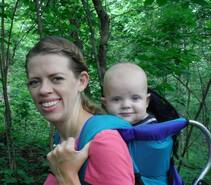 I've been asked, even criticized, about adding a focus on nutrition to Desert. There's a reason why. I had poor nutritional examples growing up. Being confused on the issue of nutrition cost me. I remember yo-yo'ing a lot. The only time I even came close to being my desired weight was when I did high-intensity workouts daily. At one point, I was exercised about 6 hours a day. I was in multiple dance classes and a karate class, as well as another karate club that met for two hours three days a week. I also rode my bike to campus, and even added a one hour workout when I got home. I was still twenty pounds overweight. I can attest to the coined phrase "You cannot exercise away a bad diet."

It was hard to consider diet for me when I ate the same things as my friends.  Because I had a genetic heritage that leaned on the heavy side. I felt trapped, having a low metabolism. It seemed if I even looked at what others ate, I was the one who gained weight.

Every once in a while, someone would mention diet to me, but it did little to sway me. Why? Bad examples.

I also knew several "weighed down" people who were eating a bland, healthy diet.

It wasn't until I was in college, having just finished my laps in swimming plus a jog, that I stopped by to visit a friend--a slim friend who never seemed hungry. It seemed so unfair as I watched her prepare herself a salad and two small slices of pizza.

I knew in that moment that if I ate like her, I would look like her. I also knew that if I prepared a small salad and two small slices of pizza, that by the end of the meal I would end up not eating just one personal pizza, but two or three.

I started to believe in nutrition, but I didn't have faith that someone like me could do it.